ACT Bounces the Ball into the Future

How We Aim to Propel the Antigua and Barbuda Basketball Association

Keeping score with pen and paper is antiquated and sometimes inaccurate. Basketball is one of the world’s beloved sports, so to keep up with the more modern aspects of the game such as keeping tabs on metrics and stats, computers are the key to efficiency and detail. But not all teams around the globe have the high-tech tools to tally up points and gauge games.

This is where the power of giving comes in, to gift the up-and-comers in the sport with more sophisticated solutions to replace the old-fashioned manner of calculating and comparing. The Antigua and Barbuda Basketball Association (ABBA) Division I League already had a system in place to utilize the FIBA Live Stats platform via computer. But as the 2019 ABBA Season set in, divisions II and III were not yet outfitted with such modern advancements.

ACT stepped in to kick things up a notch, knowing the future for these players and the benefit of the game would flourish with a little fix-up. Two Lenovo i3 Laptops were contributed to the cause to facilitate the FIBA Live Stats for divisions II and III, putting them right on par with the original Division I.

As advocates for youth and the hopes for a happier and more fulfilling future, ACT enjoys making a difference in their lives, this time, via the power of the laptop. What may seem inconsequential to those who see them nearly everywhere they go, for those who don’t have access to modern technology as readily, even two laptops is a gamechanger. In this case, quite literally.

With the ability to incorporate the FIBA Live Stats into the game, ABBA’s newer divisions no longer need to rely on outdated methods to mark their milestones. Records will be better kept, processes will be more streamlined, and players, coaches, and staff can count on reliable ways to deal with data. A simple adjustment with exciting effects.

As for ACT, aiding ABBA was one of many ways we take steps to support communities. Be it for the love of basketball, the confidence and support for the players, an overall feeling of doing what’s right, or a combination of it all, steps, no matter the size, have an impact. An impact that makes an immediate transformation as well as a change for the better for the long run – something we’ll follow up on and continue to endorse.

So, no more pen and paper. We are saving trees while saving time! These ABBA teams are now high-tech, giving them a better shot at getting to the next level, thanks to a couple of laptops. As they shoot hoops, they are also shooting for the stars. And we are watching them shine.

Stay tuned for updates on ABBA as well as more ways ACT is acting on behalf of implementing technology into daily life in order to bring communities into the future. 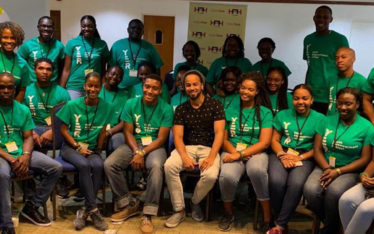 A Glimpse Back at Youth Empowerment Retreat 2019 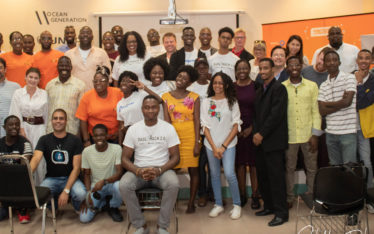